On this page we tell you more about game developers who make casino games online.

We will also recommend the best developers and their latest game releases + online casinos where you can play their games.

So pick a game developer and you can read more about them, se their latsest game releases or/and find the best online casinos with their games. 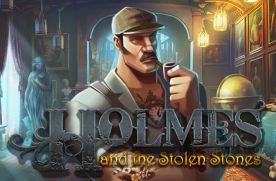 NetEnt software provider is one of the oldest software providing company that was launched in 1996 in Sweden. It is a versatile provider, that has almost all the premium quality games on its list, such as video slots, jackpot slots, branded slots, customizable live casino, card, and table games.

Since the year 2011, NetEnt is providing its customers with the superior mobile gaming experience, with the first-class graphics, sounds, and animations.

Such success in providing mobile gaming earned the company awards such as Mobile Supplier of the Year, Innovation in Mobile, and Mobile Product Award.

Developed in 2006, Evolution Gaming is a privileged software house that first came with the idea of online live casino games. Most of the online casinos provide the exclusive services of Evolution Gaming when it comes to Live Casino.

In 2012, Evolution Gaming took a big step and introduced mobile casinos, whose success can be gauged as, here too the players can get to play on HD graphics with the captivating gaming experience.

When players want some twist of creativity in their online gaming, their choice is always Microgaming. This software provider was founded in 1994, and since then, it is popular for releasing innovative games. The company has the honor to be the first one to introduce free download or the instant mode play. At present, the online punters are enjoying over 400 different download games and more than 200 instant games developed by Microgaming.

The hot playing categories include video pokers, sportsbook, live dealers, bingo, and multiplayer games. To facilitate the players from the diverse lingual background, the casino has integrated its gaming products with ten different languages.

They have entered casino industry in 2011 and till now they have over 40 employers, 95 games in their portfolio, they are available in over 100 counties and players can found their games in 200 + online casinos. Creating online games since 2011!

Red Rake Gaming is most known for recurring tournaments, in game leaderboards and instant player payouts!

In the year 1953, Aristocrat stepped into the land-based gambling network, and in the year 2011, it got recognized as the flourishing firm for providing top-rated online casino products.

The Australian based company specializes in providing the slot games, and for that, in Global Gaming Awards, it achieved Casino Product of the Year for its famous Walking Dead video slot.

Today many top-rated online casinos prefer to choose the Aristocrat slots, as the company supplies its products with the integration of the latest technologies that modern punters prefer.

That includes the fully secured gaming experience as well as the use of HTML5 and instant play mode.

BetSoft got itself recognized in the year 2005, with the sole purpose to come with something more compelling and exciting. The company came up with its distinguished idea of 3D cinematic games. that deliver the perfect graphics and realistic audio.

Moreover, along with the HTML5, the Shift Technology platform free the online gaming of third-party intervention and makes the gaming experience safe and secure.

This runs on all the online browsers like Microsoft Edge, Google Chrome, Safari, Mozilla Firefox, Safari, and Apple.

It is an Australian based provider that is operational since 1996. The company has an impressive portfolio, as the company stepped into the online industry in 2011 and has more than 70 accredited casinos. The developer house is licensed from the three trusted jurisdictions namely UKGC, Gibraltar and Canada. The company’s most-played titles from the video slots are Bonanza, Queen of Riches, Temple of Fortune, Faeries Fortune.

The most relieving thing is that the players can always play on the low stakes that keep their bankroll in check. To keep up its name in the competitive world, the dveloper has its mobile gaming platform, that attracts a big fan population from across the world. Big Time Gaming provides its services in 20 languages, that include English, Japanese Russian and Chinese.

Play’N Go stands in the front row with the best gaming developers, and its journey started in the mid-90s. Originally the company didn’t function as an individual body, but it was a subsidiary for another big firm.

Later in 2005, it became independent and started to launch its own products. It won’t be wrong to say that Play’N Go has one of the experienced team on board, that works hard, and we can see the result for in the form of best designs and gaming interface.

Due to its competitive slots, the brand has been awarded the ‘Slot Developer of the Year Award’ by IGA in 2019.

Its most notable slot titles include Super Flip, Fire Joker, and Hugo. Table games and video pokers would also not be disappointed by premium quality services.

Yggdrasil software becomes popular in the year 2013, and since its launch, it has smooth success. Jokerizer was its first-most slot, and due to its sleek design and up to mark quality was nominated for the ‘Game of the Year’ award.

Yggdrasil has won several B2B awards that include ‘Slot Developer of the Year’ and ‘iGaming Software Supplier of the Year’. The company’s games speak of some uniqueness that in integrated into its product designs, in the visuals, as well as impressive action and generous rewards.

Yggdrasil has an extensive list of its gaming products, where the main categories include, video and progressive jackpot slots, lotto, keno, and scratch cards.

QuickSpin is a baby developer with a big name, as it was founded in 2011 and is the exclusive provider of slot games.

Even though the company is new, but its ideas are equally inspiring for modern punters.

Therefore, we can see the efforts of its dedicated slot developers in providing the minute detail to every object, as well as setting the innovative features.

Their hard work paid them back, and they earned Social Gaming Supplier of The Year award and Mobile Gaming Software Supplier of the Year.

RabCat online provider was developed in 2001.

The company has not a long library of gaming products, but the players can get to play a few interesting slots.

The company has merged the HTML5 technology, which has transformed the online gaming from desktop to mobile devices, no matter they are Android or iOS.

Some of the most popular RabCat slot/pokie games are River of Riches, the Legends of Olympus, Frozen Diamonds, Castle Builder and Scary Friends.

Fugaso or Future Gaming Solutions is established towards the end of 2016 with a group of highly experienced professionals of the i-Gaming industry from brands like 888 casino and MrPlay.

Their innovative mathematical algorithms and a high level of design provide players with a unique gaming experience with great chances of winning and many features.

In their portfolio, they offer a large collection of over 63 different HTML5 slot and table games that are available across all devices.

Ednorphina is a game developer launched in 2021. Their main focus is the production of online pokies.

Their games are popular because of their multiple features and risk games such as the gamble feature.

If you are looking for a picturesque and enchanting slot game with a lot of features then try their games.

All games are tested by GLI and licensed by MGA and ONJN.

From the recent analysis of the iGaming industry, Pragmatic play casinos are taking the industry by storm.

Apart from its top-class operations, the organization is setting the pace for other businesses in the industry.

With a reputation of reliability and a commitment to productivity, Pragmatic play is the next big thing in the world of business.

Offers free tournaments since 2021 to attract players when new games are launched. Has won an incredible number of awards from independent partners.

Being at the top requires a lot of hard work, and strong determination to achieve the best.

Therefore, if we look back at the online casino game developers’ history we can see that throughout their career many software companies have faced ups and downs but they remained strong to achieve their aims.

In the end, they have emerged as the most successful software houses, with whom the players’ put their trust.

So, some of the best and most successful game developers in the online casino game industry are Microgaming, Netent, and Evolution Gaming.

Other than the best-known providers in the market there some low profile companies, that have either just started to land their products or are fighting their ways up to get some recognition.

One of the reasons for such companies being less recognizable is that they might be supplying their products to a very limited number of online casinos, or their gaming library has not many games on it so that their wide distribution could make them widely recognizable.

Therefore, under such provider categories you can find the following names:

How to recognize the best casino game developers NZ?

We though cannot exactly date back to when the proper land-based casinos were set, but our research shows that by the mid-90s there were enough trustworthy gaming providers, that were supplying their products to the land-based casinos.

The end of the 20th century and the rise of the 21st century saw a huge turn around the gaming industry, as by this time many software providers turn their focus to online casino gaming and started to develop online gaming software.

Among these, Microgaming stands as the prominent one, that launched its ‘The Gaming Club’ in 1994. By that time Free Trade, as well as Processing Act, permitted the online transactions for online gaming. So, Microgaming opened the gate, and soon many others joined that include NetEnt, Play’N GO, Playtech, etc.

Today, the online software providers not only concentrate on to provide 3D video slot games or table games, but they are also providing real-time gaming where players can play live casino games with a live dealer who is sitting across the screen. Evolution Gaming happens to be one of the giants to provide smooth and streamlined live casinos.

Now, when we look at the online gaming industry, we cannot see an end to it, as the online gaming is booming day by day, and with the introduction of mobile gaming, players are settling for their favorite gambling sites. In the process of propagative gaming, the casino providers have the primary role.

Today, the punters are more careful to select a game, and they tend to see to know about the game developer and its profile.