Even if they don’t have super cool features like newer slot machines, these slots games have their charm.

They are easier to keep track of and come with their own unique functions that make them attractive.

Let’s take a look at the top 6 and compare their unique features and features.

Top 6 online pokies with only 3 paylines

Habanero Entertainment has created a slot machine themed around Christmas called Christmas Gift Rush in 2020. It’s a three-reel slot with high volatility and a holiday theme, and it pays out at an RTP of 96.66%.

Each spin in the base game, which you play on a 3×3 grid, begins with a single payline active (the central one). The game includes a wild symbol, a nudge feature, and a maximum payout of 2,675x.

In essence, Pragmatic Play was behind the creation of the Gold Train slot. After its release in 2017, it quickly gained popularity among players thanks to its engaging gameplay engine and fantastic visuals.

It is a slot machine with three reels and three paylines that can be played on any device and has an RTP of 97.16%. Furthermore, it offers a maximum win of 5000x your bet, and its volatility is medium.

Ten Times Wins has a distinctly retro feel to it, thanks to the fact that it has only three reels and symbols that consist of cherries and BARs.

This slot machine offers an RTP percentage of 94.75% and a maximum win of x25,000. These features include Wild symbols and multipliers. In addition to that, its volatility is medium.

It is an online slot game developed by Red Tiger Gaming. Golden Cryptex is a 5×3 slot with three paylines and with stunning visual design. In 2020, it was first introduced to the general public.

The appearance of this game is that of a cryptex, which is a device that is similar to a combination lock.

Moreover, it has an RTP of 95.78% and a medium-to-high level of volatility, so you shouldn’t expect to win frequently while playing it.

In spite of this, when you do hit a win, it could be worth up to 1,525x your original wager.

Get ready to hit it big with 1×2 Gaming’s Big Hitter if you adore traditional slot machine games with a contemporary twist. It was launched in 2019.

With an RTP of 95%, the top prize here is over 30,000x for your initial bet. The game also has a medium level of volatility.

In addition, the exciting Gamble feature, which is completely optional, can multiply your wins by 8x.

Spin to the beats of the music in the Record RichesTM online slot game, which was released by Playtech in 2020. It possesses an RTP percentage of 97.45% and medium to high volatility.

Furthermore, you have the opportunity to win up to 50,000 coins if you spin the reels across all three paylines. 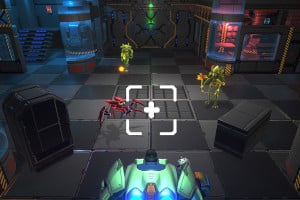 A new way of gambling where you play as a third person shooter is here!

Avalanche feature`s concept is basic. If you succeed, you receive a free re-spin, and the winning symbols vanish to make […]

A new regulation on pokies is in the works in New Zealand. This law aims to reduce gambling-related harm and […]