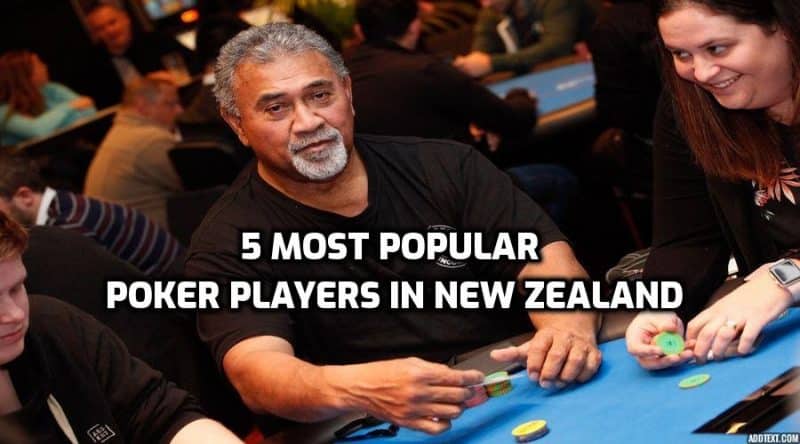 Even though casino and poker games are quite popular in New Zealand, many people are not aware of the top casino players in New Zealand as compared to pros in countries like the UK, Canada, the United States, etc.

However, today many New Zealand casino players have got popular in recent times owing to their huge winnings and incredible playing skills. In this article, you will get to know about five such popular casino players in New Zealand who have proved their casino skills.

One of the most respected casino players on the NZ scene is Jack Efaraimo, the Godfather of NZ poker. He is well known as being smooth talker during the game and he is is very persuasive with his words. The Godfather of New Zealand poker is titled as the on to the best readers in the game after he interprets all his opponent very well.

Jack Efaraimo has won the last year New Zealand Poker Championship (2020), South Island Champs 2013 and 2014, and also an APPT event 2012. He is in the game since 1996. On the “New Zealand All-Time Money List” is one the 18th position, but we have placed him as first in our article because of his personality and charisma.

Moreover, Nelson reached the semi-finals in the same year in the VC Cup in England. In 2006, Nelson earned A$1,295,80 in the Crown Australian Poker Championship main event. By 2008, his entire live tournament earnings were over $2,000,000. In 2012, Nelson won the main event of the Victoria Championship.

Sosia Jiang is one of the fastest-rising tournament and best poker players in New Zealand. She is on the seventh rank when it comes to the All-Time Money List of New Zealand. Even though Sosia has live scores since 2012, she started earning the most since 2017.

In 2017, Sosia became popular when she took down the HK $103,000 NL High Roller for more than $498,000 in the PokerStars Championship in Macau. After this, she delivered a superb performance in 2018 when she came third in the main event of WPT New Zealand.

Plus, the 40-year-old won the A$20,000 NL High Roller in the Sydney Championships in 2018. Sosia came 129th the same year in the partypoker main event of Caribbean Poker Party where she earned $266k. In recent years, Sosia has earned more than $790,000 in live tournaments. Today, she is the best woman in the Money List of New Zealand.

Honglin Jiang is the brother of Sosia Jiang. He is a famous Kiwi poker player who is on the sixth position in the All-Time Money List of New Zealand. In 2018, Honglin got impressive scores in six figures.

Tae Hoon Han is chiefly a cash game player, but he has also won consistently in live tournaments. 2017 was the year when Han won an impressive $73,954 in the main event of the PokerStars Festival Korea. He earned more than $80k in 2017 in live casino games.

In 2018, Han performed well yet again with 14 live amounts of cash, including an initial event win in the Macau Millions 2018 and 10 final table appearances. In the coming years, we can expect him to achieve some huge scores.

Neil Mcfayden is primarily known for displaying his amazing skills in online poker tournaments. He is one of the best poker players in New Zealand. In 2008, he won $200,000 in the Party Poker May Madness $1 Million Guaranteed Tournament.

Moreover, he has won the Triple Crown twice on PocketFives.com. Lately, Mcfayden was not seen so much on the live tournament casino scene. However, in 2018, Mcfayden achieved his first main live poker win, he earned $76,861 after he took down the main event of GUKPT Luton. This was the best winning of this career.

After this, Macfayden came 12th in the $5k High Roller Event and made three deep runs in the Merit Poker Cup in Kyrenia. Even though $97k are not so much in earnings, it is the best earned by Mcfayden throughout his career. This was in 2018, which was his greatest year in live tournaments.

So, these are the most famous casino players in New Zealand. All these players have won lots of money in casino and poker games in recent years.