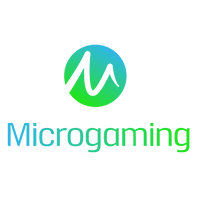 Enter the world of wonder with Absolootly Mad Mega Moolah online pokie. This Alice in Wonderland-inspired game from Microgaming is built with a massive jackpot up for grabs.

The 5 reels and 3 rows jackpot slot also comes with 243 pay lines and a maximum win of 2343x your stake.

Additionally, the RTP is 92.02% while the variance is medium. The bet amount is favourable for all players and ranges from 0.2 to 50 coins per spin.

Like most pokies from the developers, bonus features such as rolling reels, free spins and a progressive jackpot have been included.

Read on to find out more about gameplay and how to trigger available bonus features.

Similar to other pokies from Microgaming, the gameplay is easy. After placing your bet, the reels will be set in motion by clicking on the spin button.

You can increase the number of spins by reducing the bet size per line to the lowest limit which is 0.20.

Pay lines pay from the leftmost reel to right on adjacent reels for matching symbols.

Here are a few icons and what they do:

Having an Alice in the Wonderland-inspired theme, most of the symbols have been picked from the fairytale.

The jackpot slot features symbols such as the hattercat cake, rabbit cake, teacups, butterfly cupcake and a small Watch for the high-paying symbols. The spade, heart, club, and diamond card symbols represent the low-paying symbols.

Additionally, winnings can be boosted up by the multiplier trail(up to 5x) or the free spins(up to 15x).

The wild is the golden coin and appears on reels 2,3 and 4. Wilds can substitute other symbols.

The scatter symbol is the wooden door and landing three of a kind triggers free spins.

Several features have been added to boost your chances of land a winning combination while playing.

Also known as cascading reels, this feature involves dropping symbols from the previous spin and replacing them with new symbols.

This gives you a chance to land a winning line.

The rolling reels come with a multiplier trail that awards you a 1x multiplier with each winning roll.

Free spins on this pokie will be triggered by 3 wooden doors symbols. To start with, you are awarded 8 free spins and can still go ahead and trigger more, up to 48 spins.

Apart from that, the rolling reels feature still applies. It gets even better as the multiplier will triple hence you can get up to 15x the stake.

This means you begin at a 3x multiplier for your first free spin, then 6x, then 9x and finally 15x for your fourth free spin.

This is probably the best feature as there are four progressive jackpots to be won: mega, major, minor and mini. Wilds that land on the reels will be collected in the golden teapot above the reels.

While triggering the jackpot wheel is completely random, the number of wilds collected increases your chances of having a spin at the wheel.

Once the wheel is triggered, you are guaranteed to win one of the four progressive jackpots.

The theme featured on the reels and symbols is mainly inspired by the Mad Hatter Tea Party from Alice in Wonderland.

The background features colourful 3D graphics from the fairy tales’ flora and fauna.

As for the soundtrack, cool music and voice-overs have been used especially when you land a winning combination.