The Animal Carnival is a volatile animal pokie from Fantasma Games that was released on August 31, 2022.

The Animal Carnival pokie has a 5×6 layout, with an extra three rows on top of the reels displaying the symbols that fall during the Avalanche bonus.

Furthermore, there are 10 paylines but no jackpot. Nonetheless, this online pokie compensates for the absence of a jackpot by providing a plethora of extras, including the ability to buy free spins. The concept of Animal Carnival is a circus where a variety of cute animals perform. These animals feature numerous game symbols.

But before we get into symbols, we’d like to say a few things about the design and feel of the Animal Carnival, since it honestly looks extremely nice.

Not only does the pokie include circus-like music in the background, which helps establish the tone.

The backdrop landscape is also incredibly detailed and bright, depicting a carnival in the woods.

A brief scan at the paytable shows that A to 10 card royals pay 1.5x the wager for five matching ones.

Wilds, on the other hand, are the highest paying symbols, earning 5x for five identical ones in a spin.

The 95.64% RTP of the Animal Carnival game is somewhat below average.

The maximum potential payoff for this pokie is 1,642x your entire wager, which is fairly significant and provides you with the opportunity to earn rather large amounts.

The greatest potential win is estimated over numerous spins, often one billion.

A few unique symbols appear in the pokie, including the sparkling wild, Cannon, and bonus symbols.

Although they don’t provide rewards, they do have unique features that we shall look at later.

Let’s start with Avalanches, which occur when a winning line is crossed.

The symbols in the winning combination are removed from the board, letting symbols from above fall down and fill the gaps.

Another Avalanche is triggered if a fresh victory happens because of the drop.

Winning totals are gathered in the Win Metre during Avalanche sequences, while wild symbols are collected on the Wild Metre.

The Wild Metre begins at 1x and rises by +1 for every three wilds acquired. The entire reward value in the Win Metre is multiplied by the Win

These are exceptional wilds that trigger the Sparkle Wild feature when they appear on the reels.

Afterwards, each Sparkle Wild transforms itself as well as 1-4 random spots into wild symbols.

The Cannon Respins feature is triggered when at least one Cannon symbol appears on the reels.

When there are no more wins, each Cannon sign and 3-6 random regular symbols are removed from the grid, resulting in an

Avalanche. If there aren’t enough symbols to eliminate, the feature will delete all eligible symbols.

When three bonus symbols appear on the reels, you will be given 10 free spins.

But neither is reset. When the feature concludes, the amount in the Win Metre is multiplied by the value of the Wild Metre, and the total is rewarded.

Each time a bonus symbol appears in the feature, an additional free spin is added to the total.

Finally, if the chance arises, players may purchase free spins for 70x their stake. When purchasing the bonus round, the RTP is 95.94%. 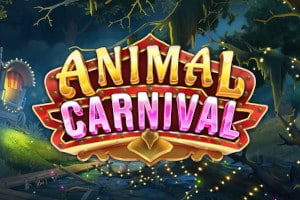